We launched a new aviary in Marineland Mallorca hosting a variety of species. It is a real paradise place in a charming place of the park, with a reforestation that helps the birds to be in a more attractive and comfortable environment. The visitors can enjoy the proximity of animals contemplating how they prepare their nests, raise their progeny, plus to see the young make their first flights.

Visiting the aviary, you will also discover striking Turacos, lovebirds or sacred African ibis that live in harmony with little birds. You will also meet our friendly turtles, one of the favourite animals of kids. 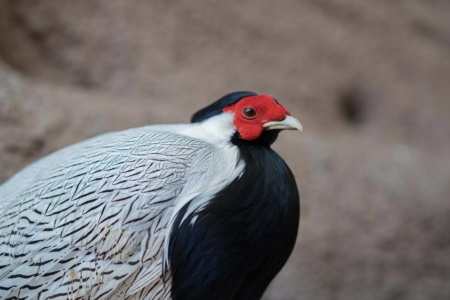 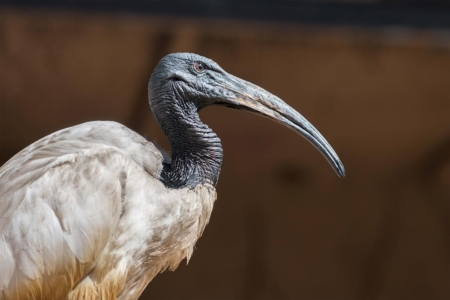 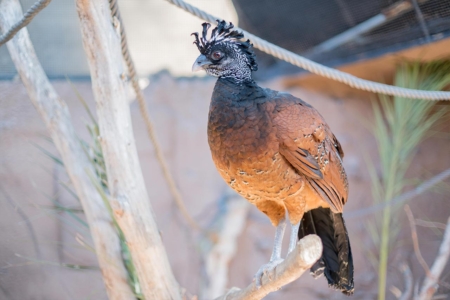 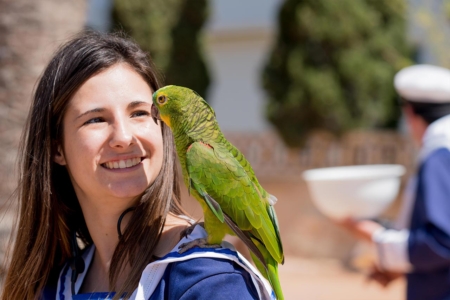 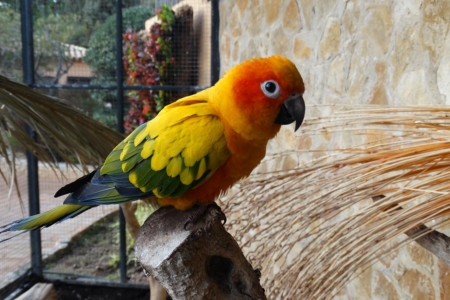 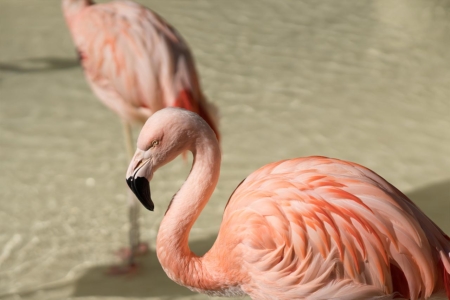 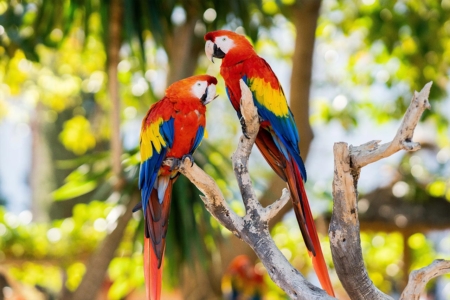 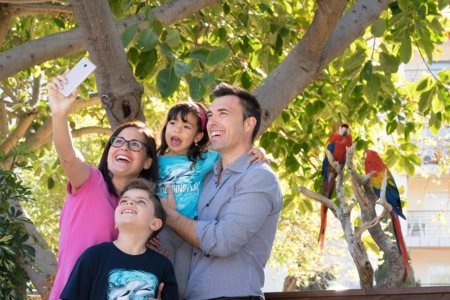 Lovebirds or Agapornis, colloquially known as “inseparable”, are the smallest parrots. They are hard to find since they have a size between 12-15 cm. They are native to Africa and, in our installation, there are two species coexisting: the rosy-faced lovebird (Agapornis roseicollis) and the yellow-collared lovebird (Agapornis personatus). Lovebirds feed primarily on fruits, vegetables, nuts and seeds.

Turacos are spectacular birds since they have a very striking plumage colour. In the aviary, two different species coexist: the green turaco (Tauraco leucotis) and the violet turaco (Musophaga violacea).

Turacos are frugivorous birds what means that their diet is based mainly on fruits, leaves and various insects. Also, they build nests in the heights thanks to the branches and sticks they can find in the aviary. Their laying consists of 2 or even 3 eggs, with a gestation lasting 21-24 days.

They are native to Australia and belong to the family of cockatoos. Its main feature is its yellow crest and its characteristic plumage of various colours where orange cheeks stand out, which are usually more striking in males.

The main diet of cockatiels are seeds. In addition, at Marineland, we provide them with a very varied and balanced diet based on fruits, vegetables and legumes. Regarding their reproduction, the female can lay between 5 to 8 eggs at intervals of 48 hours approximately. These eggs will be incubated during 18 to 20 days.

These unmistakable birds are typical of Africa and Asia. They are characterized by their black head and neck, in contrast to their white plumage. In addition, they have an elongated and wide black peak at the base. These animals are omnivorous. Using their characteristic beak, they can extract small insects, molluscs, fish, rodents, annelids, crustaceans from mud…

For their reproduction, both the male and the female build their nest in trees or shrubs. The nest consists of one to five eggs that are incubated for a period of 21 to 29 days.

Originating in Africa, these birds measure between 30 and 40 cm. Its plumage is a bright greenish blue colour, although the beak and the legs are black. Their diet is based mainly on fruits, seeds and small invertebrates.

They are native to Asia and are distinguished by being a small bird with a black head and a naked area in the rear side of the eyes, which are of intense yellow colour. Its beak and legs are also yellow. They are omnivorous, feeding on all kinds of insects, crustaceans, seeds, grain and fruits.

Did you know that parrots have an intelligence comparable to a 4-year-old child? They are sociable, curious and very affectionate animals.

They are a genus of parrot family birds (Psittacidae) and they are originally from South America. You will be surprised by the intelligence of these animals and by their stunning plumage.

You will be fascinated by the different types of cockatoos that we can find in Marineland. They are native to Australia and Indonesia and their main characteristic is their crest that they show as an alarm or excitation signal.

Flamingos are very recognizable for their pink colour. In our park we have two different species. They live in shallow water areas and their special beak allows them to retain food more easily.

How to get here