We enter here the world of reptiles and amphibians, where we will find boas constrictors, iguanas, multifaceted chameleons, and even striking arrowhead frogs. Moreover, we will meet adorable titis, who are one of the favourite animals of many children.

All these species coexist in spaces where necessary temperature and humidity are maintained, so that they can live normally. In recent years, facilities have been reshaped in order to improve their living conditions and also to redecorate spaces, giving them a more natural look. 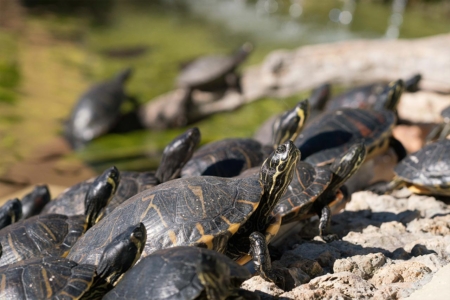 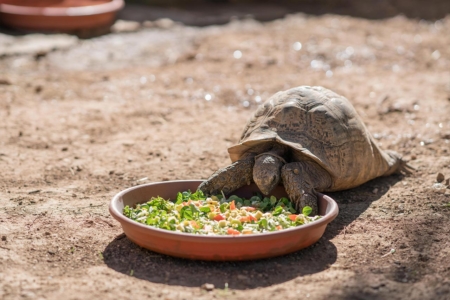 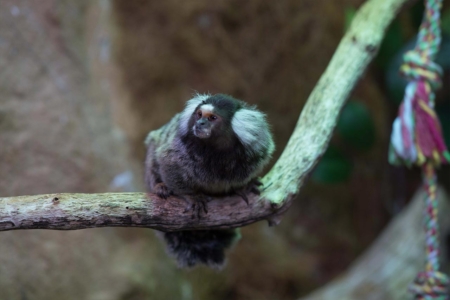 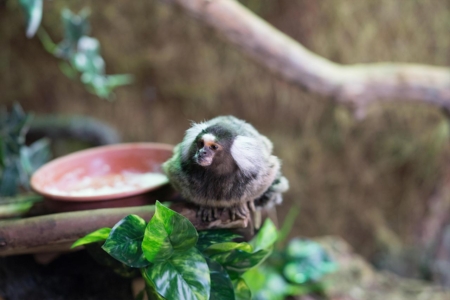 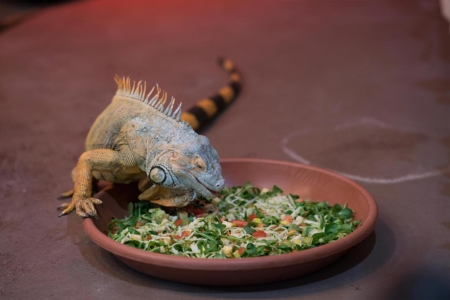 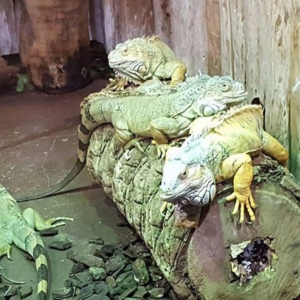 Iguanas living in Marineland Mallorca are specimens donated and welcomed by us. They are one of the most feared tree lizards in Central and South America. Do not be fooled by their size because they can move very quickly between the plants and they are excellent climbers.

Did you know that iguanas are herbivorous animals? This means the feeding of these animals is based on vegetables and calcium-rich leaves.

Including species from dangerous boa constrictors to colourful corn snakes, these animals put the most tropical and dangerous atmosphere to our facilities. In recent years, there have been several births of boa constrictors in Marineland. These animals have a half-meter length at birth, but when they are adults, they can reach up to four meters.

One of the busiest spaces in the tropical house is the area of the marmosets. They are very charismatic little primates. Their diet is based on fruits and leaves, and even flowers, nectar or the insects that populate their trees. In Marineland Mallorca, there are two different species of titis: common marmosets (Callithrix jacchus) and tufted-ear marmosets (Callithrix geoffroyi).

Amphibians are the most primitive vertebrate animals. They are characterized by having bare skin, without hair or scales. In the park’s terrariums, you can find the colourful poisonous frogs, used as deadly poison in hunting.

At the end of the tour of the tropical house, there is a space dedicated to Ferrerets, small amphibians which are endemic to the Balearic Islands. This species was discovered in a fossil state in 1978 and later in 1980 the first living specimens were found. Mallorca is the only place in the world where this species lives.

According to scientists, Ferrerets had a wide distribution throughout the island, but the arrival of human beings and wildlife, which was introduced, have profoundly altered the living conditions of this kind of animals. We have reached a point where only a very small number have survived. For this reason, for 28 years, Ferrerets have been the subject of a recovery plan promoted by the Balearic Government, to ensure their survival and to increase their number. Currently, more than a thousand animals being born in our facilities have been released in their natural habitat of Tramuntana Mountains.

How to get here